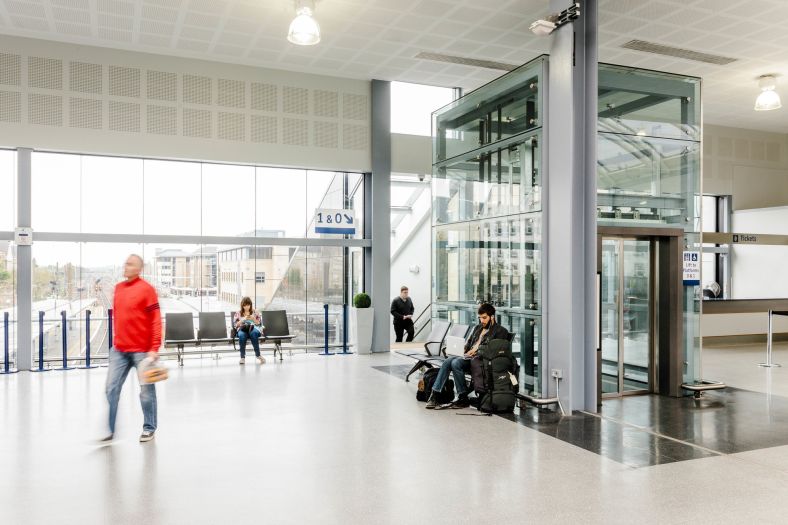 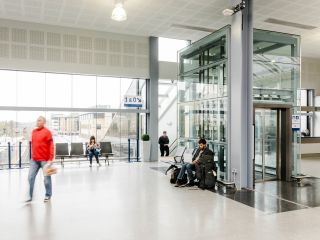 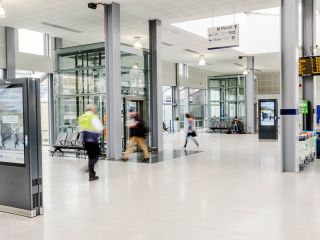 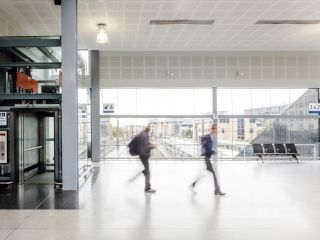 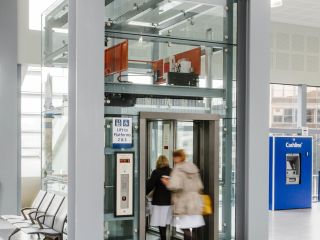 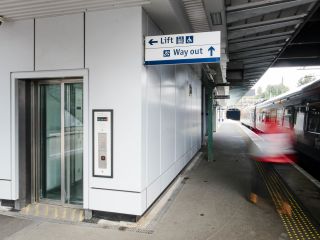 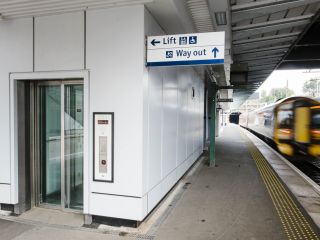 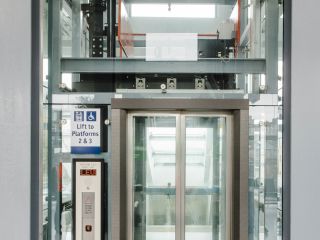 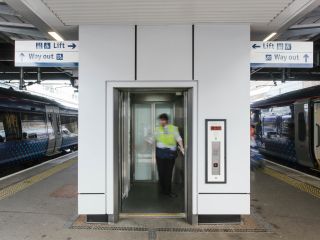 As part of Network Rail’s £25m revamp of Haymarket Station in Edinburgh, the Stannah Major Projects team has installed three 16-person passenger/goods lifts to help bring step-free access to the travelling public, whatever their mobility level.

Haymarket Station is a Category A listed station located near the city centre. It is the second largest railway station in Edinburgh and the fifth busiest in Scotland. With a footfall of over 2 million, it is one of the most congested stations in the Scottish rail network.

The refurbishment forms part of the Edinburgh to Glasgow Improvement Programme, a £650m comprehensive package of improvements to Scotland's railway infrastructure being delivered by Network Rail.

Combining function and style for scenic travel and sense of space, the fully glazed, hydraulic passenger/goods lifts travel at a speed of 0.63m/s between the platform level and the footbridge, a distance range of 5645mm – 5765mm.

Each lift has been tailored to fit shaft constraints of 2100mmW x 2675mmD. The lift cars have also been customised from single entry to through car, with NICEIC electrical 240v installation, testing and certification offered as an optional extra. The machine rooms are separate.

To optimize design and performance in a demanding environment, the lifts feature vandal-resistant lighting, a durable finish, and remote monitoring by a Central Management System via a dedicated phone line, for fault analysis.