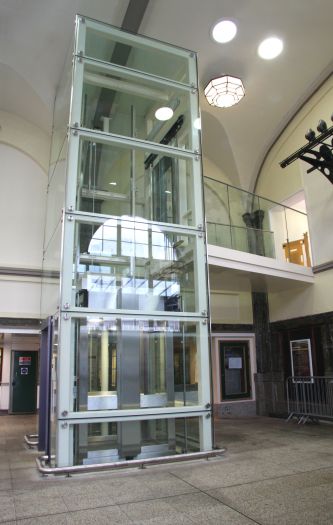 A scenic passenger lift in the Art Deco ticket hall. 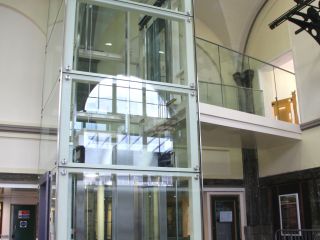 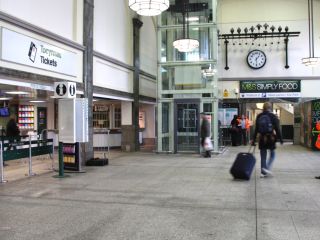 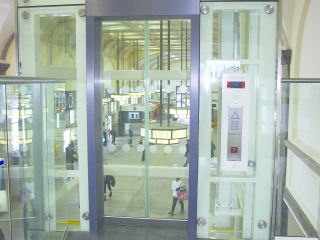 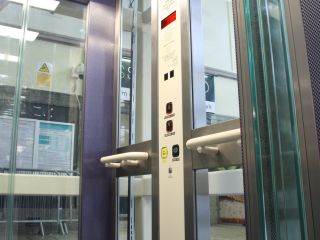 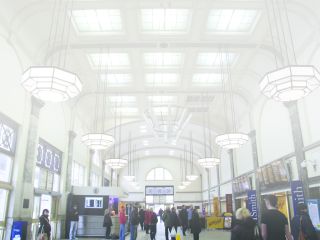 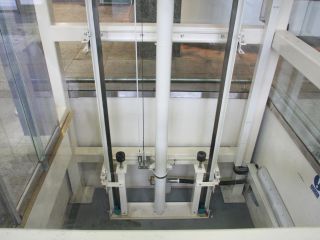 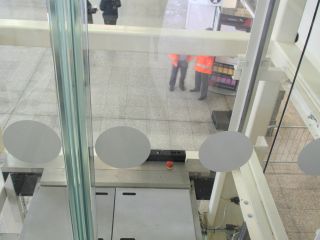 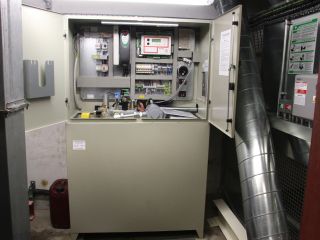 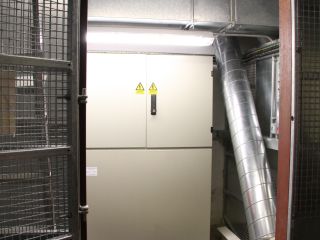 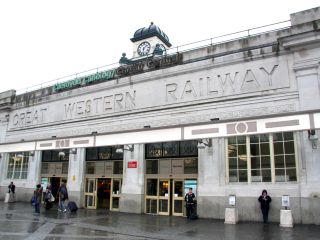 National lift service provider, Stannah, have completed the challenging installation of a scenic passenger lift within in the Art Deco ticket hall of Cardiff Central Station. Stannah were the Principal Contractor on a 4-month project to install a lift for Arriva Trains Wales and Network Rail to ensure easy access to Platform Zero.

National lift service provider, Stannah, have completed the challenging installation of a scenic passenger lift within in the Art Deco ticket hall of Cardiff Central Station. Stannah were the Principal Contractor on a 4-month project to install a lift for Arriva Trains Wales and Network Rail to ensure easy access to Platform Zero.

This platform, built in time for the 1999 Rugby World Cup, now serves departures to Ebbw Vale, a new route which opened in 2008. Access to Platform Zero was via a stairway and therefore presented a challenge to people with restricted mobility, copious luggage or young children. If they did use the platform then it was necessary to go outside of the station and access it externally, in all weathers.

The project was instigated by Arriva Trains Wales and funded by The Welsh Assembly Government and the Department for Transport (DTF) to complete the accessibility of all seven platforms at Cardiff Central.

Cardiff Station was first constructed in 1850, then rebuilt and opened in 1932. It is a Grade 2 listed building. Today the station has 10 million travellers in one year departing to destinations all over the UK – more than London’s Paddington Station. It is located very close to the Millennium Stadium and is the largest of 20 railway stations within the City of Cardiff.

Planning for the lift installation within the grand main ticket hall of the station was subject to listed building controls and each stage of the project had to satisfy Cardiff’s listed building officer. The lift needed to cause minimum disruption to the integrity of the art deco building, including the spectacular suspended lighting that spans the vaulted ceiling.

The best of plans…

The original plan was to position the lift against the external west wall of the ticket hall to gain immediate access to the platform at the upper level. This proved impossible as the wall housed essential electrics for the building. Plan B was to position the lift very close to the supporting pillar but on beginning the excavation for the lift pit, through the concourse floor, the area was found to be solid foundations for the pillar. Plan C resolved the problem by the lift being moved to the right and away from the external wall resulting in a scenic glass structure with space around it and a glass and steel bridge linking it at the upper level to the stairway landing. Stannah then created a double width glass door exit to Platform Zero in the original external wall of the building.

Each stage of the process had to meet with approval from the listed buildings officer, Network Rail and Arriva Trains Wales and ultimately the Welsh Assembly.

The installation of a lift to provide disabled access and meet the requirements of the Equality Act 2010 was a design challenge within a historic building. Conservation design drawings were provided by Barlow Henley Architects of Bristol and from the requirements of the listed building consent the lift was designed and installed by Stannah under the close supervision of their Major Projects Operations Manager, Ken Price.

The result is a spectacular addition to the fabric of the station.

“This was a challenging site that demanded a determined team willing to meet the difficult logistics of working in a busy, functioning environment. Congratulations to Stannah on the very successful completion of a complex project. The team have worked with great spirit and even greater efficiency. They have done an excellent job to the client’s satisfaction.”

“I am very pleased to be here again at Wales’ busiest train station to officially launch this fantastic addition to facilities. The new lift for Platform Zero makes life a whole lot easier both for rail users with disabilities and anyone who requires an alternative to stairs. I am proud that the Welsh Assembly Government has helped deliver this improvement – which helps support our drive to help people access rail service more easily. We will continue to work with Arriva Trains Wales and Network Rail to achieve further improvements.”

The two-stop, through-door glass passenger lift in a structure supported glass shaft stands proudly in the west side of the magnificent Grade 2 listed ticket hall and is linked to the landing, and exit to the platform, by a seamless steel and glass bridge. The car travels two stops over 3200mm at a speed of 0.63m/s.

There was no need to find space for a motor room within the ticket hall as a remote location presented itself in the basement of the station. Stannah created the motor room within part of an existing boiler room that sits directly below the ticket hall. A special cage was constructed to ensure restricted access to the motor room area. The repositioning of some of the existing induction system in the boiler room was necessary to allow the correct space around the lift equipment in accordance with the Lift Regulations and European standard EN81-1 relating to hydraulic lifts.

On 12th January 2011 the new state-of-the-art lift that provides direct access to Platform Zero at Cardiff Central Station was officially opened. A commemorative plaque was unveiled beside the lift by Deputy First Minister of the Welsh Assembly, Ieuan Wyn Jones AM, who is also Minister for Economy and Transport. He was accompanied by Mike Bagshaw, Commercial Director for Arriva Trains Wales who was delighted to have achieved step free access at Cardiff Station.

The South West England & South Wales service branch of Stannah Lift Services will be on hand 24/7, 365 days a year to ensure the efficient performance of the lift to Platform Zero.

Stannah Lift Services have completed more than 85 lift refurbishments and installed almost as many new bespoke lifts for Network Rail ‘Access for all’ project to improve accessibility right across the UK rail network.