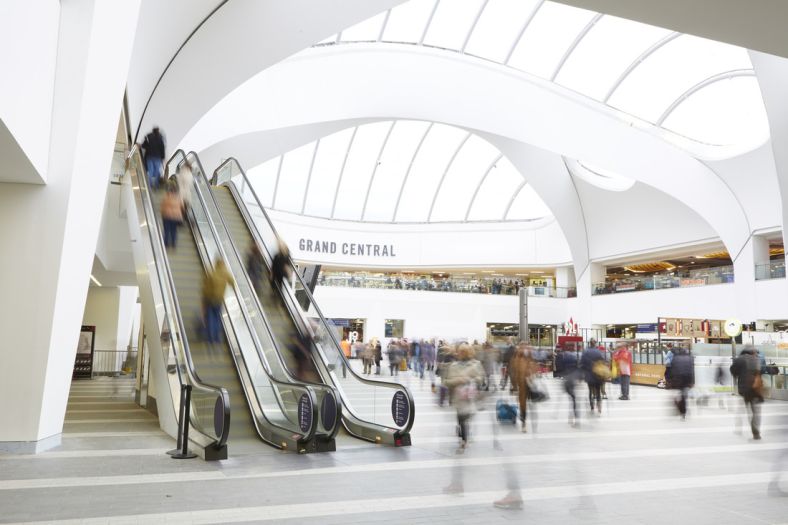 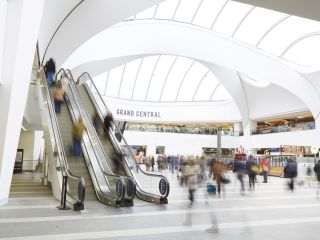 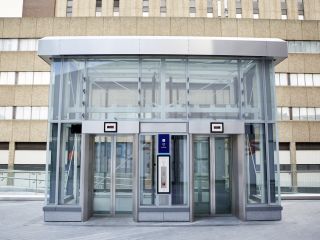 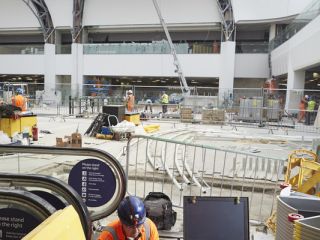 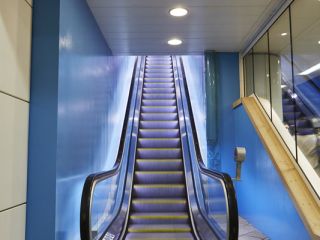 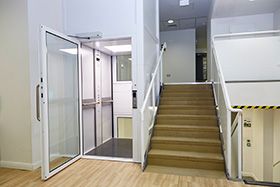 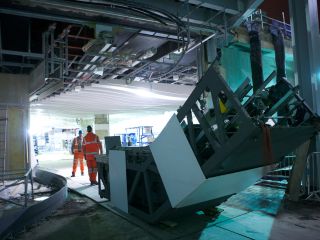 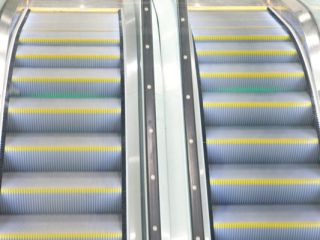 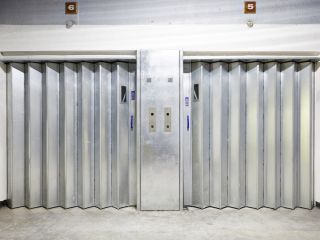 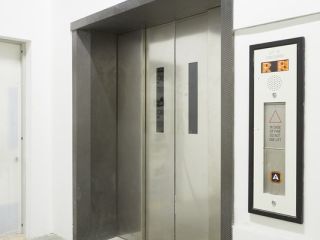 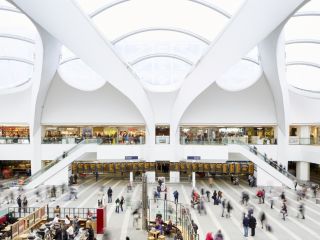 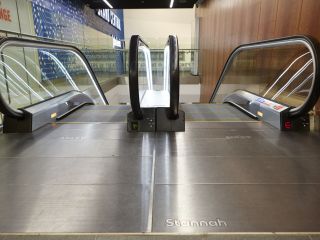 The New Street Gateway Project is Network Rail’s £750-million, 5-year regeneration of Birmingham New Street into a fit-for-purpose rail and retail nexus, handling not only today’s annual passenger footfall but also an anticipated future rate of circa 315 million.

To help meet the people and goods movement needs throughout the station and the integral Grand Central Birmingham Shopping Centre (formerly the Pallasades), Stannah Escalators & Moving Walkways joined forces with Stannah Major Projects to supply, install and commission 41 lift and escalator products, including bespoke models, to ensure step-free Access for All (AfA) throughout – whilst keeping the station fully operational.

Located in the city centre, Birmingham New Street is a central hub of the British railway system. With its roots in the 19th century, it is now the largest and busiest of the three main railway stations serving the city. Rebuilt and developed in the 1960s into a grey, monolithic rail and retail hub, the station was hugely unpopular and was voted as ‘the second biggest eyesore in the UK’ (by readers of Country Life magazine, 2003). To meet the ever-increasing demands of today’s rail transport requirements, further redevelopment was imperative.

“The New Street Gateway project was exceptionally demanding. Programs were already tight and these were further compromised by delays by others. With it being such a big site, with many contractors involved, it was challenging to interface with everyone concerned. Being flexible was the key to making it work.“

Any project of this magnitude is logistically demanding. With so many contractors involved, hitches are inevitable, but it is how these are resolved that defines a successful outcome:

Two Stannah escalators had to be re-engineered in the UK before delivery to site as the site dimension and design had altered during their manufacture and shipping period. Stannah took full responsibility and overcame this technical hitch, changing the height rise and keeping the project on schedule.

Thanks to Stannah’s impeccable track record, not only with the lift and escalator installations but also with the mountain of paperwork that forms the backbone of such projects, Mace confidently handed over 11 new lift installations which were destined for other providers, showing the confidence and trust that they had in Stannah.

To ensure that station operation was not compromised, Stannah delivered the escalators overnight, to be hoisted into place using Mace tower cranes.

Dating back to 1854, the station has retained Grade II listed features. As all works had to adhere to English Heritage guidelines, Stannah adapted its installations to accommodate existing beams and structure:

The original order for 36 escalators was reduced to 30 as the historic fabric of building could not tolerate more. Two escalators were changed at design stage to fit an existing narrow aperture. A number of escalators were designed with a perpendicular upper end of the truss seating, to adjust to the existing building’s geometry.

All escalators were bespoke manufactured to the NR specification. However, the angle of inclination of 30° was changed at design stage to 35° to meet the requirement of the existing structure.

All the Stannah NR escalators installed in the station itself have dedicated machine rooms for each unit. However, with space at a premium in Grand Central Birmingham Shopping Centre, Stannah revised the design to incorporate internal control panels, with no compromise in function.

The Grand Central Birmingham Shopping Centre escalators were installed before the original roof was removed to make way for the dramatic glazed atrium. In the between-roof time-lapse, the units were exposed to rain and minor damage from builders’ work. Stannah responded immediately, conducting a full in-depth survey and restoring the units accordingly.

Despite the project’s ups and downs, Stannah consistently maintained strong working relationships with all clients and contractors. As works progressed, it became evident that the team’s adaptable response was the key to ensuring the scheme completed on budget and ready for the grand opening in October 2015.

“The project was something of a moving target. Because of the building’s age and constraints, coupled with the scale of the project, adaptability of both product and team was required throughout the 5 years. There was also a need for accurate attention to detail throughout all supporting processes, with Health and Safety being at the forefront at all times."

In accordance with the Equality Act 2010, Stannah’s suite of 41 lifts and escalators has helped to make the entire complex accessible to people of all mobility levels, including wheelchair users.

Phase 1 was delayed by 18 months, with time-to-completion date almost halved. Each installation had to complete in half the usual 6-week window. It took 28 Stannah engineers working round the clock to ensure deadlines were met.

As a key player in a dynamic, demanding partnership and project, Stannah delivered in products and performance, not only fulfilling the requirement but exceeding it by responding to changes and in taking control when schedules were compromised. Their total project management capability has helped to optimise the flow and transport of people and goods throughout an increasingly hectic transport and retail environment.