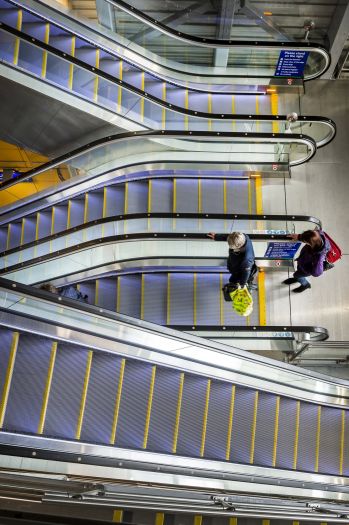 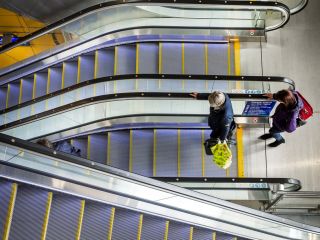 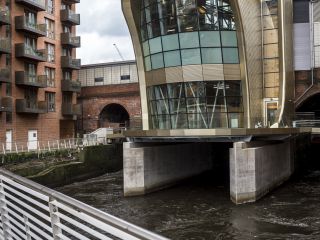 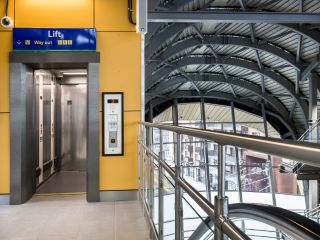 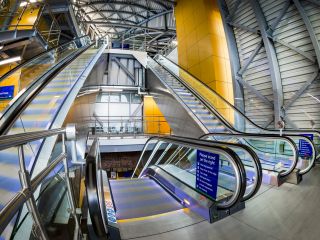 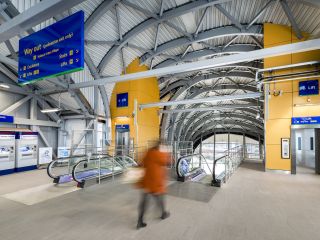 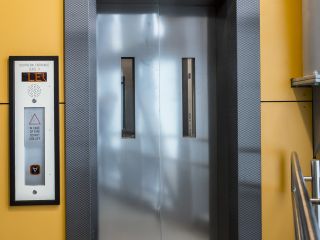 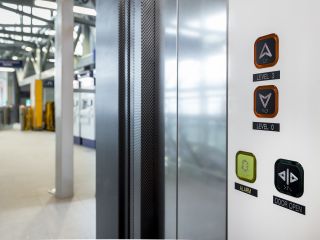 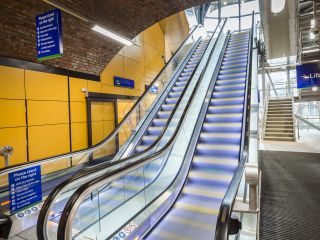 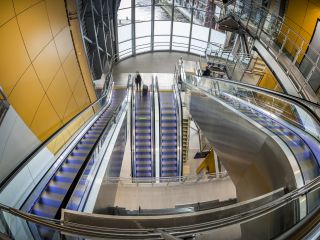 Following multiple escalator and lift installations at the Midlands hub of Birmingham New Street and Grand Central for Network Rail and Mace, Stannah were again the chosen supplier and installer of all vertical transport within the southern entrance building (known as the LSSE scheme.), this time working with main contractor Carillion to fulfil the brief. The work was completed by the Stannah Escalator & Moving Walkway Department and Stannah Major Projects team in just twelve weeks.

Funded by the West Yorkshire Combined Authority, Leeds Council, the Department for Transport and Network Rail, the new extension provides an attractive new accessible entrance and additional concourse built in the River Aire. The building was created to diminish congestion at this busy commuter station into and out of West Yorkshire and the North of England, making it an attractive route for tourists again. Up to 20,000 passengers (or 20% of current footfall) are estimated to benefit from using the new entrance, shortening commute times and providing easy access from the south of Leeds.

The tight restraints on the site meant some of the features of the lift equipment had to be modified to achieve the design and vision without compromising safety.

The escalators are to NR specification with some additional features bespoke to the Leeds station project. These features were based on the tight restraints of the site and the designers risk assessment required to mitigate those risks.

This included special software so that all the machines operate to a special design philosophy when stopped in an emergency situation, including installing an additional stop button on each machine during mid travel. Bespoke manufacture of the machines at 35 degrees instead of the standard NR specification of 30 degrees, and the reduction of the speed of the machines from the standard NR .65m/s to .05m/s all result in safe, efficient travel within the constraints of an unusual and stunning building design. With no room for housing external controllers these became an integral part of the escalators.

The lifts had restricted space so machine room-less traction equipment was installed to enable the largest capacity possible within the tight footprint of the new building.

The new pedestrian entrance will be of great benefit to people living and working south of the river, and will open up new travel opportunities providing a further stimulus to redevelopment and expansion of the city centre, and will support the continued regeneration of the southern quarter of the city.

Stannah continue to add to their portfolio of high-profile rail projects, helping Network Rail achieve their target of ‘Step-free access’ across the rail network.

The North West England and North Wales Stannah service branch, part of Stannah's nationwide branch network, will be maintaining the lifts and escalators to ensure the safe flow of people and goods through this new entrance.