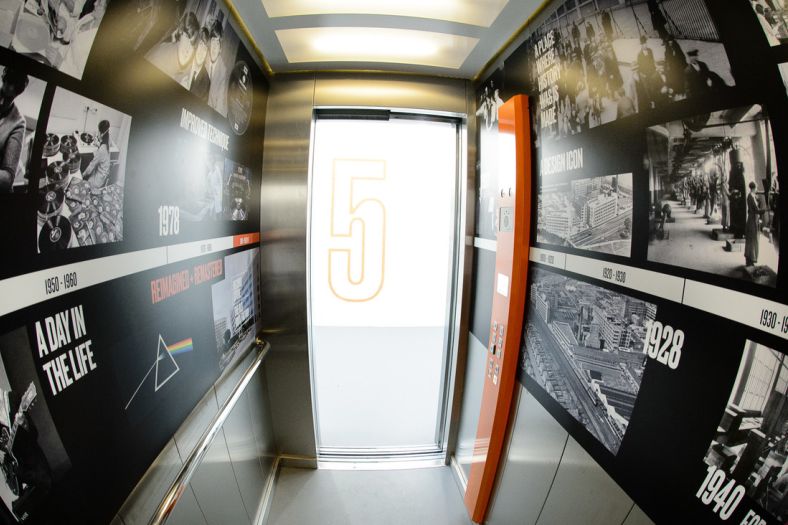 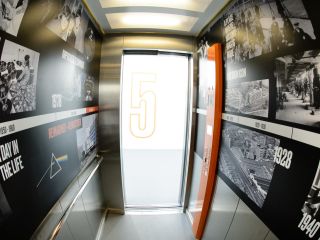 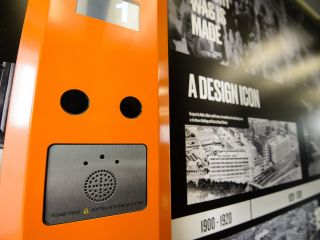 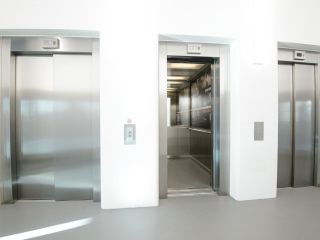 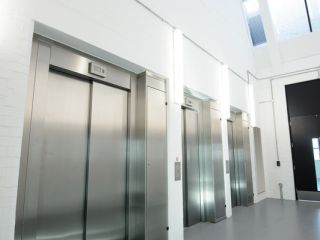 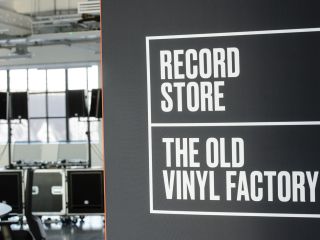 A triplex of customised Stannah lifts are delivering vital office access and goods movement in the Record Store, an Art Deco, former record-pressing factory and part of the £250m regeneration of The Old Vinyl Factory, erstwhile home of record label EMI, located in Hayes, West London.

Think Pink Floyd, The Beatles, The Rolling Stones… that’s some heritage to live up to, but the traction, 21-person passenger/goods lift and two 13-person passenger-only lifts are on point, delivering easy people-access and movement of supplies between six floors (21.75m) in this landmark building designed by Wallis, Gilbert and Partnersand recently reimagined into 84,705 sq. ft of high-end office space.

The triplex operates in wall-mounted shafts in the spacious lift lobby, an integral part of the compact, central core. Their design supports an efficient blueprint that also minimises the structural impact on the building.

All three lifts are finished in satin stainless steel throughout with an overall image that is simple, neutral and robust. They have design and function features in common such as:

An important design feature is the custom graphics that link past and present to visually illustrate the building’s musical pedigree.

The triplex also ensures that the premises’ owners comply with the Equality Act 2010, with the added benefit of six lift maintenance visits in the first year – part of a lift-servicing plan delivered by London and the South East (Dartford)branch of Stannah Lift Services, a nationwide network providing 24/7, year-round lift servicing and support.

Stannah worked as part of a multidisciplinary team that included developers, U+I, contractor, Charles Edward, and architects, Studio Egret West, to create 21st-century access and goods movement in an early 20th-century building, for the foreseeable future.